My dad lived a long, often hard, life. At the end, it’s easy to see that all he wanted was to be a better man than he was the day before.

Daddy was proud of a job well done, and wasn’t afraid of hard work. He never let anyone pay his way. He earned it, and stood on his own two feet. He wore blue jeans, because they were working-man clothes, and boots for the majority of his adult life, because he was a cowboy.

Of all that he was, at heart he was an entrepreneur, a helping hand to those in need, and a protector of those he loved.

For three years a child, he delivered produce, and for three of his adult years, he delivered newspapers by cargo plane. In between, and for years beyond, he did too many things to list. Of the numerous hats he wore, he was a:
Motorcycle Racer
Electrician
Building Contractor
Horseman
Cowboy
Wrangler
Cutting Horse Champion
(Yes, those are 4 different things)
Pilot
Munitions Expert
Radio Operator
32nd Degree Mason
Grand Master
Census Taker
Trucker
Veteran of the Korean Conflict
…and a lot of things I’ll remember after I click “publish.”

I remember hot summers playing in the barn, climbing on the hay bales he told us to stay off of, riding horses in the corral (my chosen horse was Tubbs, because she was gentle), and picking out any cereal I wanted when we went to the grocery store, which was a rarity in a home with 6 kids. He was always happy to see me, and when we were together, he made me feel special.

I’m proud of all he accomplished, and am happy that, with all the ups and downs in my life, we never lost touch. If I disappointed him, I never knew it.

In his final days, his thoughts and concerns were for his wife. She has dementia and is in a care facility with wonderful people watching over of her. He wanted to make sure she’s taken care of as long as she lives. He put things into place in insure that, and tasked my brother with the huge responsibility and honor of carrying out his wishes.

I miss him. The last thing he said to me was, “You did good. You did a good job.” It touches my heart to know he was proud of me, and what I’ve accomplished. While others may bicker over the small things, or fight for an inheritance, those words are a treasure that will stay with me to the end of time.

Rest in peace, Daddy. You deserve your reward.

This photo makes me smile. I think this is the only selfie Daddy took. As you can tell, it was fun for both of us.

This site uses Akismet to reduce spam. Learn how your comment data is processed. 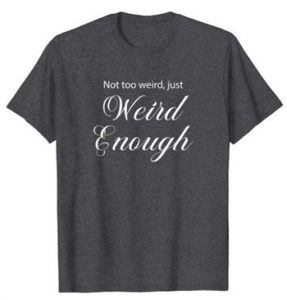 As an Amazon Associate I may earn a commission from qualifying purchases.